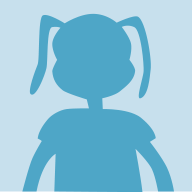 Occupation:
Being a darn toon of course.

Give that Doctor Surlee and the 26s a toon-up, toon them for making this game much fascinating than it looks like at first. Dec 4, 2014